Credit Card Loyalty - How Much Is Enough

Credit Card Loyalty - How Much Is Enough? There is an international research project into the impact of falling budgets on Loyalty Programs unfolding before us!

We are seeing a large-scale test of the effect that vicious budget cuts have on the marketing, structure, and generosity of a whole class of consumer loyalty programs. The results will at the very least tell us something about how marketers innovate and react to budget stress.

In the world of credit cards, there are four direct sources of income for card issuers;

The widespread practice in the card industry has therefore been to link the two, such that interchange mostly or wholly funds loyalty programs. This is especially important with cards that do not have annual fees (or waived for a period), and given the increasing reluctance of merchants to pay issuers for points.

The card schemes, American Express, MasterCard and Visa, each take their own proprietary approach to setting interchange rates. Increased scrutiny by regulators has exerted pressure on both the rate of interchange and its transparency. From our loyalty perspective, in many markets we can now infer the market’s budget for credit card loyalty programs; it is published for all to see.

Pointing out the obvious; this means that credit card rewards have always been ‘merchant-funded’ by interchange. Merchants pass these fees to customers, making credit card rewards ‘customer-funded’, one of the arguments used by regulators to cut rates, with enthusiastic support from merchants who tend to pocket the reductions 1,2.

It is rare for us to know the loyalty budgets for a whole industry/market so we have a unique opportunity to look for differences in credit card loyalty program marketing, based on differences in overall budgets, by market.

To the extent that CCLPs are like other everyday-spending-based loyalty initiatives, the observations may help us answer the ‘How much reward is enough?’ question for loyalty designs, or at very least ‘What do we do with less money in our program?’.

If credit card issuers have worked it out successfully, of course.

Regulators have forcibly reduced interchange in some markets, self-regulation has reduced it in others. This in response to social equity questions, the lack of transparency in rate setting and pressure from retailers, giving us a range of loyalty budgets to compare;

We present Ellipsis’ impression of how each market is positioning and promoting CCLPs, based on inspection of at least 4 large card issuers (banks) in each market, and are very open to discussions with any readers who have a more intimate knowledge of any of these environments.

With limited funds but a good mechanism for reward available in the credit card product, the UK banks are placing more emphasis on the overall relationship the cardholder can have with the bank. Points for mortgages, points for direct deposits, points for direct debits… there seems to be a broadening of the product base used to fund loyalty within the bank. Increasing the depth of product holdings/engagement seems to be the (understandable) aim; for example, Natwest and Santander.

The more obvious actions to compensate for lower interchange are also there; higher annual fees, high interest rates (e.g. 27.9% for cash withdrawals at Barclays) and points earning caps (e.g. at Lloyds). Capital One simply withdrew all its rewards cards from the UK saying the proposition was not sustainable.

The picture in Australia is complicated by the presence of the Qantas Frequent Flyer (QFF), a program in which points are earned on 35% of all credit card spend. As issuers have cut the richness of their loyalty (by as much as 62% for some cards for example), Qantas Frequent Flyer has been the largest loyalty loser.

The banks have cut their program’s value, but do not want to lose the big-spending air points collectors from their portfolio. So there has been continued promotion of their programs, and the release of travel specific cards that offer travel benefits in lieu of points e.g. a free flight each year, lounge access… obfuscation while increasing fees, tightening earning caps (ANZ cut point earning caps from $300k to $60k for some cards) and increasing the point cost of rewards generally. We feel this strategy is risky. Programs that do not offer sufficient value to members are likely to be abandoned through boredom, and there are at least 2 competitive initiatives that could prosper; Qantas has a cobranded card (with Citi) that removes caps on points earning and Amex (whose proprietary cards are not subject to the interchange limits) has recently increased the value of its loyalty programs as a competitive counterpoint.

Perhaps the cuts are too new for the issuers to have yet developed a more nuanced ‘whole of bank’ response (even though they were implemented in phases over the last decade).

There has been a period of voluntary restraint on increasing interchange in New Zealand, but that has not shielded the New Zealand card market from interesting times.

Two years ago, Air New Zealand changed its relationship with the Bank of New Zealand and the popular Global Plus Airpoints card was withdrawn. Westpac also joined ANZ and Kiwi Bank in issuing cards that directly earn their loyalty points; attempting to emulate the success of QFF? This caused a minor stampede of cardholders as dedicated Airpoints collectors changed their cards. We believe approximately 25% of credit card spending in NZ now earns Airpoints.

Air New Zealand is aggressively building a network of retail partners who award Airpoints to their customers, with the intention to build a robust coalition program that will compete with the existing national coalition program Fly Buys.

There is still choice in the market though, there is some marketing focus on re-vitalising proprietary programs; ASB has emphasised their True Rewards and Westpac have encouraged customers to remember hotpoints. BNZ have a choice based offering, with cardholders choosing between Fly Buys or a rich cash-back offering (at 1.33% for Platinum).

There will be lessons for us as we watch the development of the Proprietary versus Airpoints program battles in an environment where loyalty budgets are still rich enough to influence cardholder’s choices.

So, a mixed loyalty-bag in this unique payment market. New Zealand banks were impressively innovative, setting up a free to merchants’ payment scheme, EFTPOS, decades ago. As a result, New Zealand has the lowest cash circulation of all OECD countries 7 and a population open to experimentation with payments.

The regulator is making noises now about the negative impact EFTPOS has on payment innovation; having a widely used, free alternative does not encourage merchants to financially support new payment initiatives. We will stay tuned.

What do card marketers do with budgets this rich?

They focus on getting their cards to the front of the cardholder’s wallet.

They seem to do this by reinforcing habitual use for everyday shopping. High earn rates for using the credit card in supermarkets, gas stations and drug stores are common in this market, with Amex topping the list at 6% return for using their card to buy groceries, 3% for fuel and selected department stores. Wells Fargo offers 5% cash back rewards for grocery, fuel and drugstore shopping, Bank of America 3% fuel, 2% grocery.

These large issuers consider everyday shopping on the card important enough that they are willing to subsidise rewards in these categories, even above the 2%+ interchange.

The other striking difference in the US market is the large number of co-branded and affinity cards available; but this is not a recent feature of this most venerable of the credit card markets. American retail brands have been hungry to share card returns with issuers as these returns are more substantial (e.g. Macys cards, AAdvantage cards, Costco, BJ’s Wholesale Club, etc.). They have been at it longer.

Are there lessons that jump out at us in this quick comparison and contrast? A few that occur to us for your consideration;

Time will demonstrate if these products show the reward ‘emperor has no clothes’, and we believe Ozzie banks will follow the UK banks’ lead as customer cynicism sets in around stingy loyalty programs.

Insights to offer from any of these markets? Happy to share… 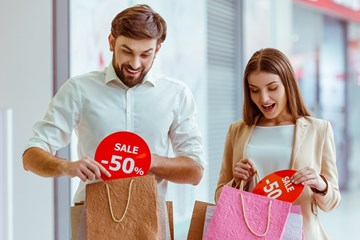 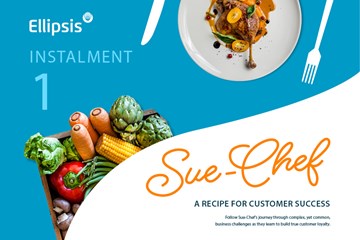 A Recipe for Customer Success Instalment 1 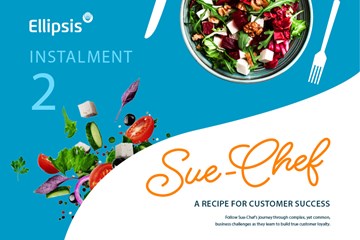 A Recipe for Customer Success Instalment 2 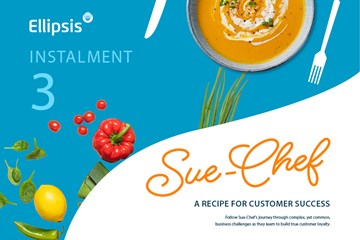